History shakes hands with the future.

We are restoring two of
Oregon’s most historic buildings.

BE PART OF THE WE.

The Oregon State Fair’s Historic Horse Stadium was built in 1919, and the Poultry Building was erected in 1921. And though the Fair itself dates from 1861, such milestone centennials are rare—and worthy of special support. That’s why the Oregon State Fair & Exposition Center and the Oregon State Fair Foundation are teaming up to preserve the rich history and architectural legacy of these buildings.

Both structures are firmly footed in Oregon history, as well as on the National Registry of Historic Places. But these fine examples of 19th and 20th Century Colonial Revival architecture are showing their age. Happily, the future is looking bright for both buildings because of this restoration project.

The Fair enjoys strong bipartisan support in the Oregon Legislature and the Governor’s office. This led to the passage in 2019 of House Bill 5005, which provides starter funding for the restoration of these buildings; the first critical step in a larger, long-term capital campaign that can only benefit by your support.

As we move this restoration forward, you are officially invited to join in the effort. In other words, we hope you’ll choose to be part of the "we." Be one of the folks who are intent on seeing this through.

Click to Donate Today and Be Part of the WE! 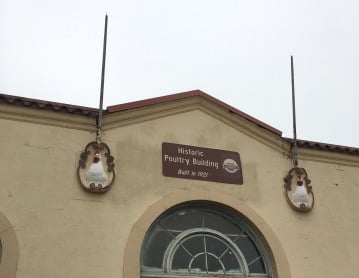