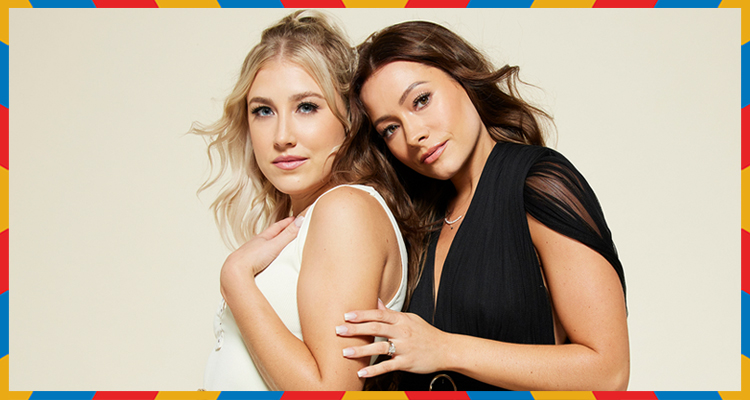 In the Pavilion after the Hell on Hooves Summer Showdown Finale!

ADD A FAST PASS TO YOUR FAIR ADMISSION TO GUARANTEE YOUR ENTRY!

Pavilion events are free with Fair admission, but they're first-come, first-served, only while space lasts. Seats fill up fast, so if you've gotta have guaranteed admission for this event, buy a $5 Fast Pass for the day of this show. That'll get you guaranteed admission to this event and even early access to the Pavilion, too! (Note: Fast Passes do not include Fair Admission. Fair Admission can be purchased separately.)

After the Hell on Hooves Summer Showdown Finale on Saturday August 27, stick around and get down with a live performance by Maddie and Tae! Admission is first-come, first-served while space lasts, unless you add a Fast Pass for August 27th to your Fair Admission to guarantee your entry! Fast Pass ticket holders for August 26th will even get to dance on the dirt floor of the Pavilion with access to a private bar during Maddie and Tae's performance!

Award-winning duo Maddie & Tae are drawing praise for their No. 1 debuting The Way It Feels album release with Rolling Stone saying the new music is “anchored around their stellar vocal pairings and some of the tightest harmonies on Music Row.” Together as longtime friends and music collaborators, Maddie Font and Taylor Kerr co-wrote 14 of the album’s 15 tracks including the Platinum-certified No. 1 country radio hit, “Die From A Broken Heart,” which Esquire calls “their finest moment yet.” The pair also co-wrote two brand new holiday songs to join a collection of classics for their first ever holiday project- We Need Christmas.

Maddie & Tae first broke out in 2013 with their brilliant counter to bro-country, the Platinum-selling smash, “Girl In A Country Song,” which took Country radio by storm, skyrocketing to the top of the charts and quickly going PLATINUM. The duo became only the third female duo in 70 years to top the Country Airplay charts, also earning trophies from the Country Music Academy and Radio Disney Music Awards along with multiple ACM, CMA and CMT Award nominations. Maddie & Tae have received widespread praise from Associated Press, Billboard, Entertainment Weekly, NPR, The Tennessean, The Washington Post, Glamour and others. The celebrated duo has toured with country music’s hottest stars including Carrie Underwood, Dierks Bentley, Brad Paisley and more.